Macheesmo is a phrase that Nick (the site owner) "came up with that simply means having confidence in the kitchen". I think it is so funny as "machismo" in Portuguese means "men being superior to women", but I am sure he didn´t mean that. Anyway, I follow some of his recipes and have great success with semolina bread and English muffins, the pictures can tell everything.
The semolina bread recipe I just doubled, but everything else I followed as directed. It turn out fabulous, slightly dense in the middle, not so crunchy shell - the taste and texture were superior to any other home baked bread I´ve done so far. The semolina flour really makes a difference. Note: semolina flour in Brazil resembles that of regular flour, but not so fine, with white opaque color, much drier. My next adventure will be semolina pasta. Has Nick any recipe?
The English muffin recipe I did not let it rise a second time as I also watched Culinary Institute of America video. But what I thought to be wise is to stick the muffins into the oven to finish up cooking. I have had many underbaked goods in the past, and that is an experience I don´t want to repeat. So the tip was very good. I actually opened one of them without baking, and indeed, it was slightly raw.
While the English muffins were in the oven, I fixed the Hollandese sauce and boiled fresh eggs I got that morning directly from under the chickens. It was the first time I used a splash of white vinegar to boil eggs and the whites didn´t spread in the pan. Another success! I am so glad. Happier yet when I dug my fork into the Eggs Benedict. I was able to replicate the ones I used to eat at Royal Cafe, in Albany, California. 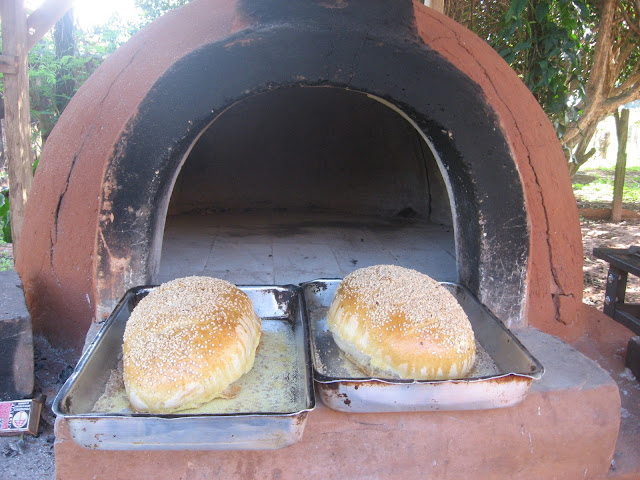 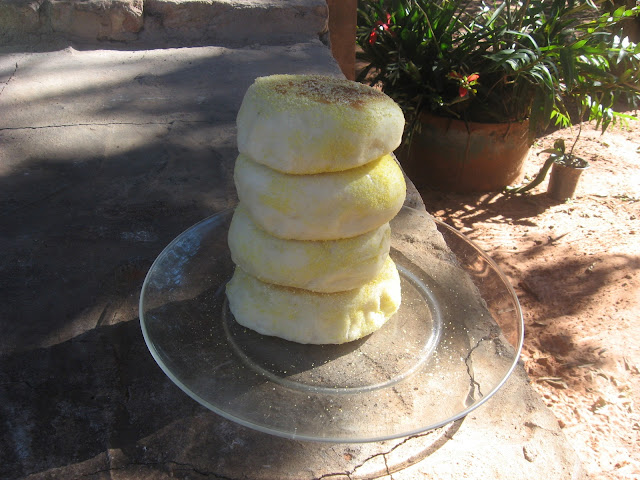 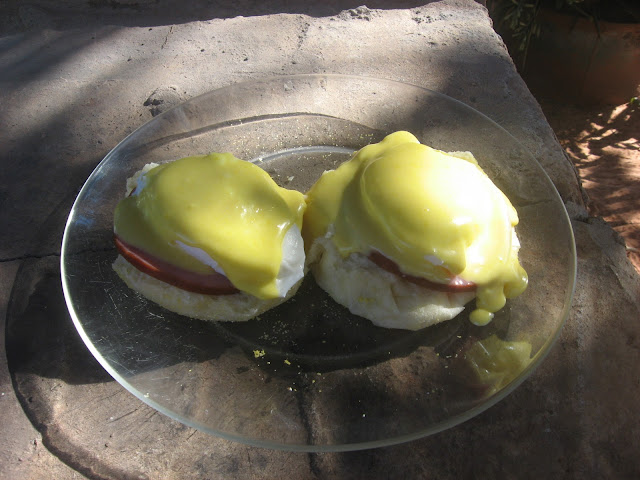 Posted by Back-to-the-Land in Brazil at 12:41 PM No comments:

Full steam, or should I say "full smoke"? I am back baking full power. Not always in my wood fired oven, sometimes due to time crunch or because sometimes I need a more reliable oven. To tell you the truth, I have not mastered the wood firing system and I can´t trust myself the oven is going to be ready by the time the dough is. That´s why making pizza is so easy - you can keep feeding the fire until the pie is ready to go.
This time I played with new recipes such as sweet potato bun, pesto potato bread, semolina bread, hamburger bun, and the two great findings: foccacia made from overnight poolish (www.breadcetera.com) and English muffin, which it is not strictly baking, but it is bread. The recipe from www.macheesmo.com directed to stick the fried muffin into the oven so to finish cooking. Great tip! It made superb Eggs Benedict. Semolina bread was also from the same guy. I had never been able to make such a nicely dense bread in texture, yet light in taste. This was good with mortadela (better kind of bologna). 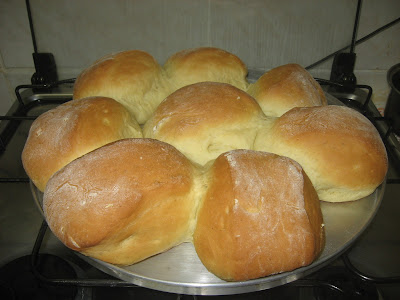 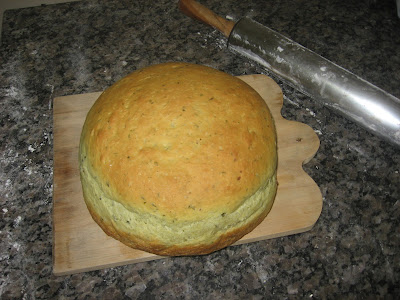 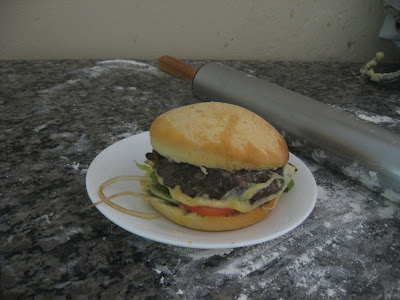 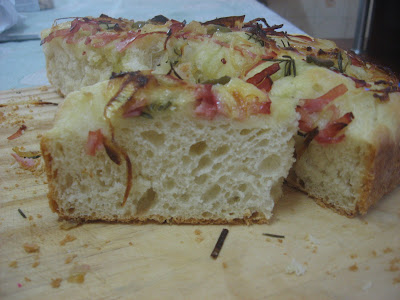 Posted by Back-to-the-Land in Brazil at 8:02 PM No comments: